For those of us who aren’t too familiar with Hebrew and Yiddish, one language may be associated easily with the other when discussing either. However, the languages are very dissimilar, and it’s a more-common-that-not mistake to confuse them or believe that if a person speaks one of the languages then they must also speak the […]

In Chasing Amy, by U.S. filmmaker Kevin Smith, the lead character in the film makes an unexpected switch in her relationship preferences and decides to tell her friends, all of whom are lesbians, that she is going out with “someone.” Her friends, without missing a beat, start to interrogate the character named Alyssa, played by […]

On Tattoos and Translation 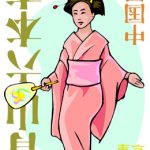 For a few years now, it’s been fashionable to get a tattoo of some word that has a special meaning for the person in question, but in another language… and especially in languages that use a different alphabet than our own. Coming in first are Japanese and Chinese, but it’s increasingly common to see tattoos […]

What Are Some of the Most Translated Works of All Time?

Reading a book from one of my favorite authors, Milan Kundera, the other day, I noted that unlike most of his other books, this one was originally written in French. Born in Czechoslovakia, some of his books are in Czech, while others are in French (he moved to France in the 1970’s). I thought this […]

Where Is Amharic Spoken?

Hebrew is a Semitic language of the Afro-Asiatic language family. The oldest Hebrew alphabet comes from the Phoenicians and the modern alphabet from another known as proto-Hebrew. Hebrew has always been the language of the Jewish people, and during the mid 19th century many efforts were made to get Hebrew to become the everyday language […]

Yiddish, a Fusion of Languages

Yiddish is a Germanic language, and its main speakers are Ashkenazi Jews in the United States, Israel and in many countries in Eastern Europe, with a smaller number of speakers scattered throughout the rest of the world. The language of Ashkenazi Jews was also German and Hebrew. During the 13th century, they incorporated the Hebrew […]

Arabic is a macrolanguage of the Semitic family, as are Aramaic, Hebrew, Acadian, and Maltese. It is the oldest of the Semitic languages, which is to say the closest to primitive Semitic. It is one of the most widely spoken languages in the world, with almost 180 million speakers, known internationally as the liturgical language […]