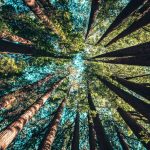 Climate solutions may become more feasible if our language reflects humans’ efforts to protect the Earth. Imagining a shift in language—one that puts humanity’s relationship with nature at the forefront—could lead to a more holistic view of our climate. And it may not even require the invention of new words. Instead, we can look to […]

Canada and the Use of Technology for Indigenous Languages Preservation 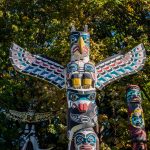 When a language dies, we lose a culture. We lose a sense of identity and belonging. Imagine that the language you speak is slowly becoming extinct. What would you do? How would you react? This is what many Indigenous peoples in Canada, and in other parts of the world, are experiencing right now. The National […]

What Is Language Preservation and Why Is It Important?

Communication through language is one of our most fundamental needs as human beings. As social creatures, we crave the connection that language provides, but what connects us also separates us. Thousands of different languages keep groups of humans from communicating and cooperating. As the world becomes more interconnected, more and more we rely heavily on […]

Indigenous Translators: Between Language and Politics

America (here including North and South America) is the second largest continent in the world after Asia. It includes no less than 35 sovereign nation-states, 1 Commonwealth and at least 24 dependencies and colonies (yes, in the 21st century, believe it). Over 500 languages are spoken throughout these territories, of which only 8 are official: […]

The Republic of Guatemala is a Central American country that was the cradle of the Mayan civilization, which gives it immense cultural heritage as well as the great Spanish influence from the colonial period after the conquest. The official language in Guatemala is Spanish, although it is used as a second or third language by […]