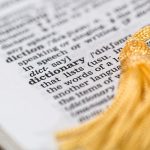 Oftentimes one of the best things about conversing with others is learning and implementing all kinds of new words. Even better when done in another language. And with over 572 million Spanish speakers around the world, español is one of the most useful languages to have in your repertoire. One of the best aids for […]

The North American Academy of the Spanish Language