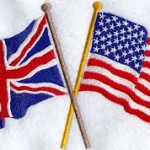 In the olden days, the phenomenon of linguistic penetration was closely tied to the exercise of one nation’s power over another. Just to give a sufficiently concrete example, in pre-Columbian America, an infinity of languages was spoken which were “displaced” (to not use a term that transmits all of the violence that occurred), by the language of the invaders.

Nevertheless, as is well known, not all languages share the same phonetic characteristics, and in order to account for one of the most important gastronomic discoveries of the New World, the invaders believed that the digraph ch was the most fitting phoneme to represent the first sound of the Nahuatl word xocolatl.

Nowadays, the phenomenon of linguistic penetration is not given quite as much in the context of transnational invasions (of course, with the exception of many oil-producing countries), but it occurs rather within the framework of cultural exchanges. Seen this way, every nation constitutes an eloquent example of the different reasons behind the “loanwords” taken from other languages.

As a teenager, I had the privilege of going to Spain, and one of the most recurrent topics of conversion with my hosts was the amount of differences between peninsular Spanish and the Rioplatense type that I spoke. In one of such divergences, something that captured my attention was the fact that Spaniards, or at least Madrilenians, did not use the word témpano (iceberg, in Spanish), but rather the word iceberg, with a sharp accent and pronouncing the first syllable as the first person past tense of the verb hacer, in peninsular Spanish. I could not understand why someone would choose to use such a distant loanword, having a word such as témpano so close-by. Of course, I did not know that the word iceberg was recognized by the RAE [Real Academia Española].

That same year, the summer Olympics took place in Barcelona. At the event, a sport that I thought was unknown to me caught my attention: balonvolea. The TV broadcast of each sport began with a very brief animated graphic of the discipline, thanks to which I was able to deduce that it had to do with none other than volleyball (vóley, in Rioplatense Spanish spoken by the author of this blog).

The conversation regarding the témpano lead me to think about the reasons behind the choice and adaptation of a foreign word such as iceberg, and the discovery of the word balonvolea made me realize that Argentine Spanish also decides to use foreign words (such as fútbol, to give just one example), when it has terms such as balompié (soccer).

Ever since different nations began to come into contact with each other, it became relevant to have new terms for the different concepts that were imported from one culture to the other. Today, through globalization, the ubiquitous use of some languages in the context of others makes clear the role and superiority that the countries that speak those languages had and continue to have in the different fields in which they prevail, such as English for the technological (internet, e-mail, etc.) or commercial fields (sale, sold out, etc.), Latin for legal issues (ad honorem, criminis causa, etc.), and French for topics related to fashion and literature (prêt-à-porter, cliché, etc.).