Can Artificial Languages Be Established? 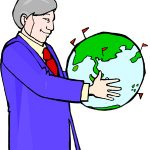 Artificial languages​, that is, languages ​​constructed by humans based on the study of “natural” languages, ​​have been created throughout history for multiple (and, indeed, very interesting) reasons, although they have not always achieved their purpose.

In many cases, the purpose of these languages ​​has been to unite the world. In 1879, a German priest named Johann Martin Schleyer invented the Volapük language, which led to the creation of hundreds of societies and clubs, numerous journals, and 210,000  fluent speakers in several countries. However, due to its cumbersome grammar and unpolished phonetics, it fell into disuse after a conference in Paris in which the first disagreements and discord regarding the language came to light.

Later on, from Volapük, Esperanto emerged, which was created by Polish ophthalmologist Ludwik Lejzer Zamenhof, who noted the problems arising from the use of multiple languages ​​within the region inhabited by his patients. This language found great success, and was adopted by the labor movement in Europe. However, its relationship with internationalist movements meant its followers were persecuted by Nazism and Stalinism. Even so, in 1954, UNESCO recommended that it be taught in schools and universities, and, as of 1981, the Catholic Church has held masses in this language.

Languages used for scientific purposes were also created. In 1955, the American sociologist James Cooke Brown tried to test the hypothesis that language imposes limits to thinking, for which reason a better language would allow for superior human thought. Loglan was thus created; it was a language without grammatical ambiguities and composed of ten thousand words. This led to many others being created for the same purpose. Another language, Lincos, was even created in 1960 to communicate with aliens!

Another interesting language, created more for artistic purposes than for social ones, was Solresol. This form of communication, invented in 1817 by French music teacher Jean François Sudre, was fundamentally based on sound. Using the notes of the musical scale, it could be whistled, sung, or played with an instrument, and its words were made up of several syllables. Within this group, one can also include those languages created by writers and linguists to give more importance to their works. Such is the case of J.R.R. Tolkien and his dozens of languages ​​created for The Lord of the Rings, George Orwell’s “Newspeak” for 1984, Anthony Burges and “Nadsat,” as spoken in A Clockwork Orange,  or George Lucas and “Huttese” for Star Wars. The most successful of these types was the Klingon language, spoken in the movies, series, and books of Star Trek, invented by American linguist Marc Okrand. This language has several dictionaries, and Hamlet has even been translated into it.

Although many artificial languages ​​have been successful at certain times or have become popular with fans of certain works of fiction, they have not managed to prevail as useful tools over time, as they have been designed more as a product than as an instrument for socialization, which needs to evolve based on the specific needs of speakers over time.