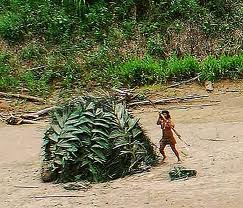 Anthropologists define culture as “a complex whole that includes knowledge, ideas, art, law, morals, customs and any potential habits acquired by man as a member of a particular culture.”
Culture is constituted by traditions, beliefs, values, norms and symbols, shared to varying degrees by members of a particular community.
Most culture experts agree that any culture is characterized by being:

* Shared: all group members, families and society itself must be shared.

* Cross – generational: passed from one generation to another.

* Adaptable: the culture is based on the ability to adapt or change in humans.

* Influential on how you perceive the world: it shapes the behavior and structures the way a person interprets the world.

We can discuss language’s effect in regards to this last point.
Cultures reflect what the society values or doesn’t value in their language.

Here are some specific examples:

When different languages or dialects are spoken in the same country, there is one that is commonly used for communication between cultures there, as in China. The official language is Mandarin Chinese, but in China more than 50 dialects that are very different from each other coexist.
Anyway, one can not conclude that the same language, same culture: the U.S. and Canada share a common language, but both countries have their own culture.

Many executives have been confused to see their Japanese colleagues nod, even when they don’t agree with what is proposed. The reason is that the Japanese word used for agreement, “hai”, means “I understand” or “I am listening”, which is not the same as “sure, I agree.”

Zuni Native Americans did not have different words to refer to yellow and orange. But this does not mean they cannot see the difference between the colors, but simply in their way of life the difference is irrelevant.

Another example is the variety greens distinguished by Amazonian Indians, as opposed to the few greens that we distinguish. But that does not mean we do not see shades of green. It simply means that in our world that linguistic distinction is not as important as it is for the Amazons.

In the previous article, we mentioned another similar example in the whites for Eskimos.

These and many other examples show that there is always a linguistic equivalent in another language, and an automatic translator cannot always resolve everything.
Translating? Or conceptually interpreting the message and transmitting it to the “target” culture in “their own language,” beyond language?

PrevPreviousBudgets for Eastern Languages
NextHow to obtain an effective translationNext