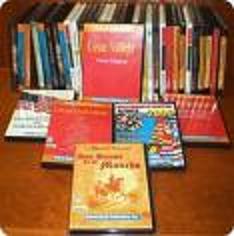 Literary translators, in addition to dealing with the difficulties inherent to translations of all fields, must consider the aesthetic aspects of the text,  its beauty and style, as well as its marks (lexical, grammatical, or phonological), keeping in mind that one language’s stylistic marks can be drastically different from another’s. In the case of the use of the Spanish word “usted”, this precision in the expression of closeness and affection between two people can be very difficult to replicate in other languages, notably English. The important idea is that the quality of the translation be the same in both languages while also maintaining the integrity of the contents at the same time.

The first question theorists must answer is the possibility of translating. The existence of translations is a social reality. The question then becomes, how well does the translator do his or her job?

Yet, what does translate mean? Among the several established definitions, the one I find most acceptable is, “Translation is the substitution of the textual material of one language with the equivalent textual material of another.” This definition obviously leads us to consider the meaning of a key term, equivalency.

For a translator, the fundamental issue is searching for equivalents that produce the same effects in the translated text as those that the author was seeking for readers of the original text. This forces the translator to consider the text, always from the perspective of literary translation, as the base of an ongoing “negotiation” with the author so that the language of the new text presents equivalent values to those of the original language, without forgetting its strength, dynamic elements, or aesthetic quality. It is generally accepted that meanings are not translated, but messages, which is the reason that the text must be considered in is totality.

When the source and target languages belong to different cultural groups, the first problem faced by the translator is finding terms in his or her own language that express the highest level of faithfulness possible to the meaning of certain words. For example, words related to typical fabrics, culinary specialties, or jobs that are all particular to the culture of the author and the audience of the original text need to be handled with care.

Among the interlinguistic limits are the puns destined to produce ambiguity that cause so much for in the hearts of translators. Titles of stories and novels provide numerous examples of these intentional ambiguities, which are at times extremely difficult or even impossible to translate.

This field is, as a result of all of this, quite different from any other (medical, technical, legal, etc.) and translators need to be even more flexible and transport themselves further beyond the normal limits.