I will take the opportunity in this post to give a brief introduction for another CAT tool, MemoQ, which is a suite of programs that includes a memory server and project management tools. I will return to this tool in future articles to analyze its capabilities in further detail.

This translation and edition program is compatible with Windows 2000, XP, and Vista.

Resources of the Program 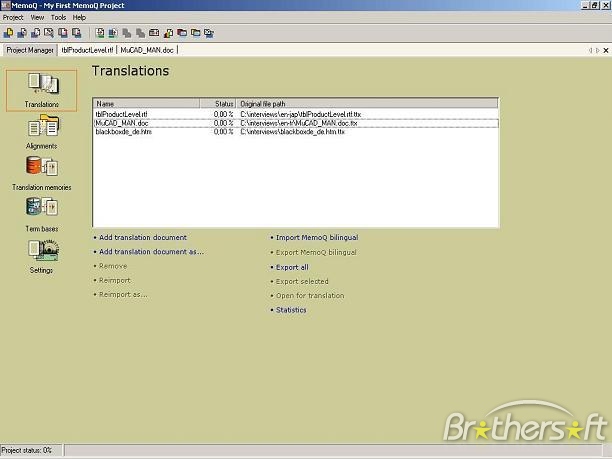 To create a glossary, we use a terminology base that allows us to load an expression with its translation in more than one language and also make additional comments. These entries in the terminology base appear automatically while you use the word processor and are inserted in the translation through a simple keyboard shortcut.

There is a function that analyzes the source document and predicts how much time the translator will save by using the translation memory. The level of productivity for each project is measured by considering the number of repetitions in the document: if it is something with a large number of repetitions, for example a manual, the increase in productivity could reach 70-80%; if there are not many repetitions, then use of the translation memory will only result in an increase of 10-20%. For documents that are entirely new and unique text, there is no gain in productivity.

We are interested in your opinion on the use and functions of this program. You can leave us your thoughts here in the comments or in this translation forum.