Spanish Language and Its Countless Variations 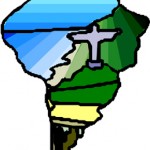 Today, the Spanish speaking population reaches over 500 million people around the world. Additionally, Latin America has become in a rapidly growing market with much development and growth potential. Without a doubt, it has become a major market to introduce, and offer to services and products.

However, when doing so we must acknowledge the fact that each region, each country and each city has its own cultural particularities politically, economically and yes, linguistically speaking.

Though those of us who speak Spanish know that you will understand a Spanish speaking person, we must understand that Spanish not only changes phonetically speaking, but also in writing.

Therefore, when translating a document into Spanish, the first question should always be to which particular audience we are looking to target. Often, we think that Spanish from Spain is the only variation, but Latin America itself has numerous varieties of the Spanish language. Differences can be pointed out from country to country, but distinctions can be made from city to city.

It’s always important to target our audiences and quality often lies on conveying culturally relevant translations that flow naturally and reflect these variations…this is not always an easy task, and the translator’s experience in such tasks will greatly affect the results of said quality.