The Benefits of Bilingualism

Growing up in a bilingual home, speaking both Spanish and English, it wasn’t until I became a teenager that I realized just how beneficial this special gift was. I knew that it helped me in many instances, but in what ways? Thankfully, newer and more advanced studies are now showing that being bilingual has many social, cognitive, and professional advantages—ones that I can certainly attest to. 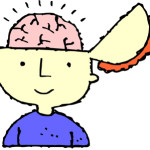 For one thing, those who are bilingual tend to be more observant than others. This is because they have to constantly switch back and forth between two languages. One minute they are doing their school work in one language, and the next they are speaking to their parents in another. This switching back and forth makes it so that the brain is more attuned to small changes in its environment.  And so, the bilingual person is usually keeping track of things they are not even aware of. I for one have always noticed how observant I am in regards to many things—people around me, things being said that I may or may not be a part of, various other details, etc. While this may be helpful, it can also be quite irritating as sometimes one just wants to relax!

Also, when you know more than one language, you tend to be better able to express yourself.  Remember that there are many words in one language that don’t necessarily exist in the other. So maybe you are “hanging out” with your friends. Just how would you say that in Spanish? Estar con amigos doesn’t quite fit as it means to “be” with your friends.  Salir con amigos means going out with friends. So how does one say that? Well, the bilingual person has to describe the act to the other, using many words such as adjectives, nouns, and verbs. This generates brain activity that one who is not bilingual would not normally use. And believe me, this is something that occurs on a daily basis to the bilingual person.

On our next post, we will discuss the ways in which bilingualism presents social benefits!