Home » Blog » For Translators » The Root of Machine Translation

The Root of Machine Translation 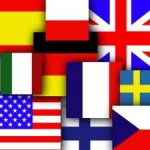 Much has been said (and is still being said) about machine translation. At this point, it is quite clear that it alone cannot replace the work of a human translator and it is only a tool (of greater or lesser importance, depending on the case) in this task at hand, which is to move the meaning a text from one language to another.

But it is interesting to go over the reasons for the invention of machine translation. According to the article “I, Translator”, the origins come into being at the beginning of the Cold War (coinciding with the invention of the computer). The United States decided that they had to analyze all the information that came to its hands in Russian. At the time there was a lack of translators, so they opted to treat Russian as a “code” with a list of words and a list of rules (grammar) connecting them. The presumption was that if the texts were fed to a machine with the lexicons of two languages and the respective rules of grammar, the machine would be able to decipher the code, i.e., to translate them.

Google Translate, however, does not work by disassembling and assembling sentences. Instead, it is a statistical system that seeks – in an unimaginable amount of text on the Web and also at incomprehensible speeds – similar phrases and translations and offers the most likely equivalent sentences. The paradox is that the system is powered by the work of human translators from hundreds of thousands of translations, especially in international organizations.

As it is a statistical system, the accuracy of the translation that it “return” depends on the  language pairs used in Google Translate and the existence of similar translations. I remember the first text I used for testing the performance of Google Translate (so I could laugh at the absurdity) was the lyrics of “Lucy in the Sky with Diamonds”, but I was disappointed to see that it was a perfectly acceptable translation. The logic is that it is likely that the lyrics of the songs by The Beatles have been translated many more times than, say, a contract, a new website, a medical breakthrough, a marketing campaign or the instruction manual for the latest smartphone.

In any case, translation is much more than a statistical probability.