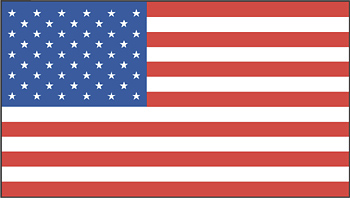 nglish language is one tool to establish our viewpoint. American or British English are both dialects that can be chosen when requesting your English translations, or choosing an interpreter.Here you can easily access an online quote.

The English language was introduced to the Americans through British colonization in the early 17th century and it spread to many parts of the world because of the strength of the British empire. Over the years, English spoken in the United States and in Britain started diverging from each other in various aspects. This led to two dialects in the form of the American English and the British English.

As native translators work on these translations, they are specialized in order to denote the differences and ensure that the specific dialect is used. A native American translator will use different grammar structures, tenses, vocabulary, punctuation, spelling and even telling time as opposed to a native British translator.

For instance, let’s take a few common words that are used on a day to day basis, the spelling in American English, will be: flavor, honor, analyze, color, on the other hand in British English it’s spelt as flavour, honour, analyse, colour.

We must make the best use of English to develop ourselves culturally and materially so that we can compete with the best in the world of mind and matter. The English language is our window to the world.

As there are various words in the English language that are commonly misused, here you can have a look at this article about Commonly Misused Words.