Home » Blog » For Translation Buyers » Calendar Months; Why Are They Named As They Are?

Calendar Months; Why Are They Named As They Are? 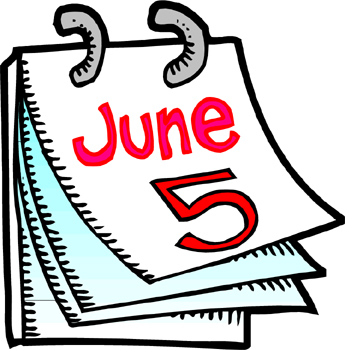 Last week, we learned quite a bit about all the different origins of the days of the week. Funny how sometimes your whole life you think one thing and then turn out to be just a little wrong! I for one, always equated days of the weeks to the planets, however, through research for the last article, realized that in fact, the people from many ages ago referred to planets, gods, warriors, etc. to name the things that were important to them. I noted too, that different cultures borrowed ideas and names from each other and adapted and modified them to their own line of thinking. It’s always terribly interesting to see just how creative and imaginative humans were, and of course, still are.

This time around I wondered what I could write about and though about what comes after the days of the weeks and that of course is; the months in a year! Just like before, the months are named as they are based on Roman ideologies. However, one thing that interested me was finding out that in the Roman calendar there were in fact, 10 original months, starting from March and ending in December (the last few months are named after their number order). It seems that the first two harsh winter months went unnamed! At around 700 B.C. the king of Rome at the time, the legendary and celebrated Numa Pompilius, added January and February and moved them to the beginning of the year.

January was named in honor of the god, Janus, who is usually depicted with two faces, since he both looks into the past and the future. He is known as the protector of gates and doorways and more importantly, of beginnings and transitions.

February comes from the Latin word februa which means “to cleanse”. This month represented Februalia, the Roman festival of purification and atonement.  The festival took place from February 13th to the 15th.

March (the original “first” month of the ancient calendar) is named after Mars, the Roman god of war. If you recall, Tuesday (in Spanish, martes) was also named this well known god.

April, interestingly enough, seems to have two origins. One is from the Latin word aperire which means “to open” (Spanish speakers will note the word abrir); possibly in reference to springtime and new plant life .The other quite different version is that it was named after the goddess Aphrodite.

May was named after the goddess, Maia, who signified and represented the concept of growth.

June was named after another goddess, this one, Juno, who was the protector of women.

Note: May may also be named after the Latin word, maiores, signifying “elders” (in Spanish, mayor) and June after the word, juvenis, meaning “young” (in Spanish, joven).

Next time, we will see why the remaining months were named as they were.

Origins of the Days of the Week

Tweet
PrevPreviousWhere Is Hausa Spoken?
NextTo Be Faithful or Not to Be Faithful: That Is the QuestionNext