Where Is Hausa Spoken?

Hausa, also spelt Haussa, Houssa or Housa, is an Afro-Asiatic language and the most widely spoken of the Chadic languages, the grouping of languages spoken in northern Nigeria, Niger, Chad, the Central African Republic and Cameroon. The Hausa people are the largest ethnic group of Central Africa, hence why it is the most spoken in this group of languages.

It is spoken as a first or second language particularly in Nigeria and Niger, and to a lesser degree in Cameroon, Chad, the Ivory Coast, Ghana and Sudan. In many of these countries, Hausa serves as a vehicle of cultural exchange, especially with the Muslim population. 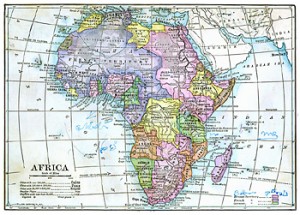 • It is a tonal language.
• It used to be written in an adapted Arabic alphabet, having now given way to the Latin alphabet. This Arabic-derived script is still used in northern Nigeria.
• It has two grammatical genders: masculine and feminine.
• Sentence structure is ordered thus: subject, verb, object.
• All Hausa verbs end in a vowel and are invariable with regards to time, person and number. The final vowel determines the verb’s aspect.
• Hausa borrows extensively from Arabic.

The dialects within Hausa are divided along the cardinal points:
• in the east: Kano, Katagum and Hadejiya;
• in the west: Sokoto, Katsina, Gobirawa, Adarawa, Kebbawa and Zamfarawa;
• in the north: Arewa, Arawa and Abakwariga.

Kano is the standard form of the language, being that it is most common in the media, in education and in the international arena.

Don’t hesitate to contact us to get a free quote for translations to Hausa.

Tweet
PrevPreviousProviding good Customer Service is our Goal
NextCalendar Months; Why Are They Named As They Are?Next