As mentioned in some of my previous posts, there are countless ways one can learn and master a new language. While learning new languages is easier for some than others, it’s always beneficial to be aware of the different manners in which words, phrases, or terms can fool you. We have discussed false friends, homophones, commonly misused words, and more. Just as it is advantageous for someone who is taking on a new language to be aware of these terms, it is also incredibly important for translators to be mindful of them too. Translators and editors alike must always be on top of these tricky dilemmas. So, aside from some of the terms mentioned before, what are some other linguistic obstacles that may appear before you or a translator?

Why, compound words, of course!

Compound words, for those of you who don’t know, are words (they can be in combined, hyphenated, or in open form) which are made up of two words that describe the object they refer to. There exist several of these words in both Spanish and English. Also, even when there is no equivalent in the other language, compound words are quite helpful as one only has to analyze both words to figure out what it is referring to.

Here are some common compound words one may hear in both Spanish and English: 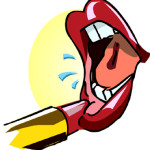 Lipstick: A stick for your lips; in Spanish, lapiz de labio, which means roughly the same thing.

Dishwasher: A machine that washes your dishes; in Spanish, lavaplatos.

Skyscraper: A building that “scrapes” the sky; in Spanish, rascacielos.

Birthday: A day of birth (of someone or something); in Spanish, cumpleaños, which means, literally, “to reach a number of years.”

Windshield: Something that shields against wind; in Spanish, parabrisas, which means, literally, “wind-stopper.”

Record player: A device that plays records; in Spanish, tocadisco.

Tongue-twisters: Phrases that “twist” your tongue because they are difficult to articulate properly; in Spanish, trabalenguas, which means something that “jams” or “stops” your tongue.

While compound words help one when learning or translating a language, they can sometimes hinder our understanding of their meaning. Some compound words actually mean the opposite of what they are referring to; something we will look into in the next blog post.

In the meantime, rest assured, because our translators here at Trusted Translations are incredibly knowledgeable and know perfectly well how to deal with all sorts of linguistic issues!