What Are False Friends? 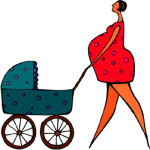 The great thing about exploring a Romance language (French, Italian, Spanish, Portuguese, and others) is the many similarities one will find amongst certain words in these various languages. It’s always exciting, when learning a new language, to see a word familiar to you. It makes it that much easier to understand both what you are reading and what you are saying because you already have a strong idea of what said word signifies. Because Romance languages are mostly derived from Latin, it is no surprise that this occurs, but of course, one must be very careful when he or she sees a word and automatically assumes what it means in English (or vice versa).

Known as “false friends,” these tricky groups of words mean one thing in one language, and quite another in the other; however, the spelling is usually very similar and that is why they are called false friends. You assume what they mean and what they stand for, but they end up deceiving you if you are not careful! Let’s explore some well-known English-Spanish false friends, shall we?

Probably one of the most popular false friends of all time is the word embarazada. To the average English-speaking person, he or she will assume this word means “embarrassed,” but in fact, this word in Spanish means “pregnant.”  You certainly don’t want to tell a woman that you are sorry that she is embarazada; what a hurtful thing to say!

Another notorious false friend is the word molestar. In Spanish this words means “to bother”; pretty harmless, wouldn’t you say? However, one not all that familiar with the Spanish language will most likely assume this words means “to molest.” Imagine what that person would think if he heard somebody tell him “No me molestes.”

How about the word éxito? Many would assume that it means “a way out,” but in Spanish it refers to a “success.” Imagine learning your friend is a great éxito at his job and thinking he was a great exit; that would be pretty confusing!

And last, what about the word emocionante? One would think that this would refer to something very emotional, but usually it means something very thrilling or exciting. While it can be used to say that something is very emotionally moving, it most often refers to the former. Imagine someone saying he was very emocionado when he was on the roller-coaster ride? One would be confused thinking he was “emotionally moved” during a carnival ride.

There are many words like this all around us; have you ever been guilty of using a false friend in an incorrect manner?