Día E Is Near 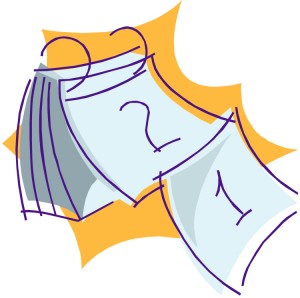 Since 2009, on the Saturday closest to the summer solstice, the Cervantes Institute celebrates Día E (S Day): “the holiday of all Spanish speakers,” as advertised by the Center itself. In 2013, the Día E will be held on June 22, with a schedule of special activities to be held in centers around the world.

In previous years, the Cervantes Institute promoted some very interesting initiatives, such as the people’s choice of favorite Spanish word, which took place in 2011, when the word sueño (dream) took top honors. Today there is an online gallery with videos in which various personalities from the Spanish-speaking world explain their choices. On visiting this page we find out that the songwriter Luis Eduardo Aute chooses the word animal, the Equatorial Guinea academic Justo Bolekia Boleká prefers the very beautiful añoranza (longing), the banker Emilio Botín (of Santander Bank) chooses, predictably, the word Santander, and Mexican actor Gael García Bernal also digs through the geography to propose the very euphonic Querétaro.

Another one of the Center’s noteworthy initiatives to celebrate the language that unites more than 500 million people was to exhibit hundreds of “Parra Leaves”: postcards honoring the poetic (or antipoetic) devices of the great Nicanor Parra. To that end, the Cervantes distributed massive amounts of these “leaves” with the centenarian Chilean poet’s messages, such as “chao y perdón si me he excedido en el uso de la palabra” (Bye and sorry if I’ve spoken for too long), “el pensamiento muere en la boca” (Thought dies in the mouth) or the enigmatic “¿y tú me lo preguntas?/antipoesía eres tú” (And you are asking me?/Antipoetry you are).

It won’t be that much longer before we find out what surprise the Cervantes has in store for this year. In the meantime, we can continue enjoying the lines of the man who ruled that “The four cardinal points are three, north and south.”