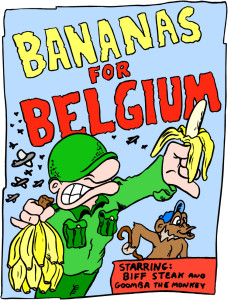 This past week the Academy Awards, also known as the Oscars, announced the complete shortlist of nominees for the Best Foreign Language Film 2014. Sure enough, because this is the American Academy, what they refer to foreign language excludes anything in English. While categorizing as so and not as it is usually know,  Best Foreign Film, British and Australian Films are left out of, which has cause somewhat of a controversy.

As so, the Academy stipulated that films cannot be American, which reduces even more the amount of films that can enter the category. The Golden Globes also encountered the same problem. They title the category “Movies not in English”. This changed in 1985, allowing British films to participate for example. Contrary to the Oscars, this category allows North American films to participate and win if the case may be.

The Golden Glodes are less regulated which therefore allow more than one film of the same country can be nominated, and does not require that the industry of the country of origin the film is in, pre-selects it.

A country like India has its own regulations in the film industry. It’s an industry dominated by Bollywood, and this year it decided to pre-nominate the film The Good Road, a film in Gujarati (an Indian Dialect, less used than Hindi the usual language spoken in most of its popular films).

Now all we can do is wait to see the five finalist of this category. What we can be certain of, is that “foreign” viewers will pay more attention to subtitles, than the actual language the film is originally in.

To read the original version of this article in Spanish, please visit: https://www.trustedtranslations.com/pelicula-extranjera-o-en-idioma-extranjero-2013-10-17.html