What do Grass and Galeano have in common? 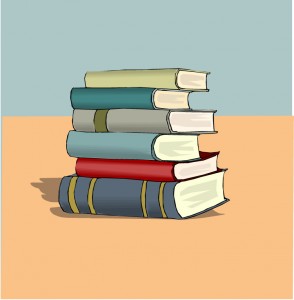 Last Monday the literary world mourned the death of two famous writers. In the southern hemisphere, at the age of 74, Uruguayan Eduardo Galeano passed away after a long battle with lung cancer. Thirteen years older and an ocean away, German writer and Nobel Prize winner Günter Grass also parted due to a lung infection. The date of their death is not the only thing both literary icons share. The two have a vast bibliography that at times focuses on their native regions and history. Furthermore, both have been known to favor left-wing ideologies and share a deep passion for football. Here’s a quick look at the two literary icons and some of their most famous masterpieces.

Galeano was possibly one of Latin America’s most eminent writers. The left-wing writer and journalist is most known for “Las venas abiertas de América Latina” (Open Veins of Latin America), a book which analyzes the history of the region from the settlement of Europeans up to contemporary history. The book was published in 1971 and, shortly after, Galeano was forced into exile due to a military junta that took over his native Uruguay. It was consequently banned after many countries in South America became ruled by right-wing military governments which forced him to flee to Spain where he lived until 1985. In 2009, Open Veins of Latin America found itself in the limelight after late Venezuelan President, Hugo Chavez, handed President Obama a copy of the book at the 5th Summit of the Americas. The English translation of the book which was written by Cedric Belfrage rose to popularity shortly after.

Galeano wasn’t all about politics and history however. Like Grass, he was very passionate about football and in 1995 published “Football in Sun and Shadow” which is a brief history of the sport throughout the world. It was translated in 1997. Although the German author never published works on football, he frequently talked about the importance of the sport in interviews. This isn’t surprising considering both came from devout football nations.

Günter Grass is famous for the bestselling novel “Die Blechtrommel” (The Tin Drum) published in 1959. It was the first part of a series of three novels titled the “Danzig Trilogy” and was adapted into film in 1979. Having been at a young age part of the Hitler Youth movement and subsequently drafted into WW2, his works focus mainly on Nazi Germany and the Second World War. His writing has classified him as the “conscience of his generation” for his left-wing ideologies and public critique of the Nazi regime. Grass is known internationally as a post-war author who not only made art through literature but also as a sculptor. In 1999 he was awarded the Nobel Prize in Literature for The Tin Drum.

Both Galeano and Grass have a wide range of works published in Spanish and German. If you’re looking for translations from or into either of these languages, feel free to contact us at Trusted Translations.