Home » Blog » For Translators » How About Some Dictionary Interaction?

How About Some Dictionary Interaction? 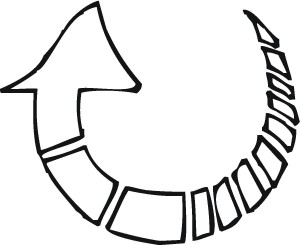 Translators, editors, lexicologists, philologists, poets and other language professionals will no doubt find a novel source of joy in this new online resource: an interactive (and very practical) version of our beloved (but often impractical) Diccionario de la Real Academia (Dictionary of the Royal Spanish Academy). The brain behind Goodrae (that is how he baptized his creation) noticed during his day-to-day work as a teacher that there was a need for a reverse dictionary, i.e., a tool that would allow for searches within the content of the dictionary entries. For example, the beautiful word música appears in more than 300 entries of the RAE’s dictionary. Ambidiestro, however, appears only once (within its own entry, and it can also be found as ambidextro).

Goodrae also allows you to do approximate searches, both direct and reverse. For instance, if you ever wanted to know how many Spanish words end in -mente, this tool will give you the answer you are looking for: 1,974. What are they? Well, that would take longer to answer, but of course the word musicalmente is among them, and no, the Real Academia has not brought itself to include (for now) ambidiestramente (though it did include diestramente (deftly), maestramente (masterly), otramente (differently) and siniestramente (sinisterly)).

Another of the interesting possibilities offered by Goodrae is to search, using quotation marks, for elements such as abbreviations used in the dictionary, for example. Thus we learn that the entries whose word comes from the Greek, add up to 4,092 (if you count endings such as -aco, from the Greek -ακός, indicating relationship). Finally (and this is one of my favorite features), we have the option of finding out how many of the words recorded in the most official dictionary of all the Spanish language dictionaries have a specific letter sequence. That’s how I discovered that the combination *ojc* is, as you can imagine, extremely rare, and that the only two Spanish words that include it are of Quechua origin: achojcha, which is a herbaceous plant of the Andean highlands, and sorojchi, which is the mountain sickness typical of the area. Fascinating, isn’t it?