Home » Blog » For Translators » Is “Okay” a Universal Word?

Is “Okay” a Universal Word? 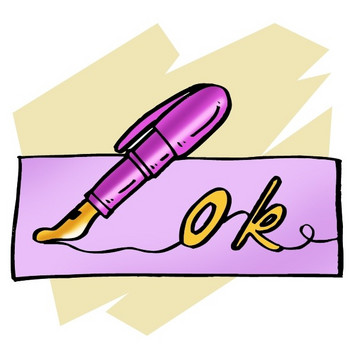 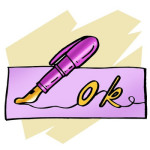 Having traveled quite a bit throughout my life, I can say with much certainty that there are certain words that I deem “universal.” By this I mean that in almost any country you go to, these words are understood and recognized by the general population. Words like yes and no probably come to mind for most of you. But what about the word okay? Is this very common two-syllable word used in many parts of the world as well?

In fact, it is! Its origin however, is a bit of a mystery. One theory is that it originates from the Native American culture; here, it was pronounced okeh and reflected an “it is so” type of statement. Others theorize that the word has African roots, particularly from West Africa, where the Mantu and Wolof word waw-kay are thought to be the original version. But wait! There is another word from another West African language, Mande, that offers the phrase o ke as yet another possible origin.

Often used as an adjective, okay can mean that something is “acceptable” or “adequate” (e.g. The restaurant was okay). Okay can also signify compliance or agreement (e.g. Okay, I’ll go pick up your dry-cleaning). In fact, the word by itself is used as a secondary “yes” (e.g. Claire-Hey dad, can you drop me off at school? Dad-Okay.)

In English the word can be spelled as OK, okay or O.K.; its spelling largely depends on the style the writer wishes to adopt for whatever he or she may be writing. Different variations in other languages are quite similar. While many countries have not officially adopted the word in their language, it is said and written just the same. In Spanish, okay is pronounced just the same but may be spelled okey or simply OK. In French, Dutch, and Hungarian, it may be spelled OK or oké. In Norwegian, Finnish, and Estonian,  it is spelled okei or OK. In Swedish, Slovene, Serbian, Polish, Croatian, Bulgarian, Macedonian, the word is written as okej or OK. And in Vietnamese it is spelled both ôkê and ok.

As you can see, this word really does seem to be universal, so fear not if traveling abroad; you will still be able to communicate (as long as everything is OKAY)! Is this special word used in your country? Let us know!