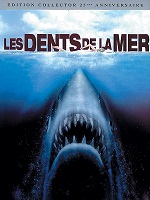 Since its start with silent films in the 1800s, the movie industry has shifted and changed dramatically in the last few decades. Today handfuls of genres such as comedy, drama, action, thriller, horror, and many more are enjoyed by millions of people around the world. Because of their global appeal, thousands of movies have to be translated, and subsequently subtitled or dubbed to be enjoyed by everyone.

When one hears about a movie from another country, probably the first thing that calls one’s attention is the title. The title, as a marketing tool, is incredibly important. Along with the trailer, it has to grab the eye of the consumer, keep his attention and, most of all, leave him wanting more. A title has to all at once, say what the movie is about, while still leaving more to be discovered. Sometimes, foreign markets have a difficult time creating a movie title that fits a certain market, and more importantly, a culture. A movie title that has the word “sex” in it, for example, will most certainly be omitted if it will be shown in conservative countries. Let’s look at some examples of movie title translations. You will see that some of them have been translated in rather odd manners. Here are a few examples:

Knocked Up: This movie about a 20-something getting pregnant after a one-night stand is a comedy with a little drama mixed in. But why, oh why, was it translated as “Slightly Pregnant” (Ligeramente embarazada) in many Latin American countries? Strangely enough, in Italy it was translated as “Very Pregnant” (Molto Incinta).

Cloudy with a Chance of Meatballs: This lovely animated film about food that falls from the sky was translated as “It’s Raining Falafel” (Geshem shel Falafel) in Israel. This movie title created a tiny bit of controversy in the community because the movie title was localized. Both meatballs and falafels are popular dishes in Israel; however, the marketing industry decided to switch the words in attempts to capture that culture’s attention.

Jaws: This movie about an enormous and predatory great white shark frightened millions of moviegoers in the 70s and is still scaring people today. In Spanish it is titled “Shark” (Tiburón) and like its English counterpart, the title denotes a feeling of doom and mystery. In France however, it is titled “The Teeth of the Sea” (Les dents de la mer) and, while this may sound awkward in English, it actually makes sense in France. The actual name for the word jaw in France is mâchoire, and it does not create any sense of terror in the consumer. The phrase “teeth of the sea,” however, conveys precisely this feeling to the French.

Have you ever seen interesting movie title translations?