Where Do We Not Celebrate the Year 2014? 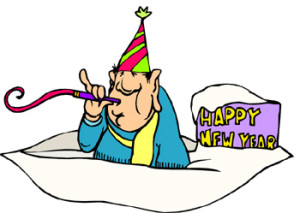 The year has ended and another has begun. Around this time, the common greeting is “Happy New Year!” or “Have a great New Year!” However, the transition from 2013 to 2014 is not celebrated in all countries, and wishing this to someone who doesn’t go by the Gregorian calendar (also known as the Western or Christian calendar), for example, could be a little awkward.

These are some of the countries where the year 2014 is not celebrated:

In Saudi Arabia, authorities established recently, through a political and religious norm, that the celebration of the Western New Year is unequivocally prohibited; this is a rule that also covers the celebration of days like Saint Valentine’s. This prohibition extends to tourists as well. However, New Year is celebrated by following the lunar Islamic calendar.

In Iran, they go by the Persian Calendar. New Year is normally referred to as Nouruz and coincides with the arrival of spring. This upcoming 21st of March, the year 1393 will be welcomed.

Spring also influences the arrival of the New Year in China, where this is known as the Spring Holiday.  According to the Lunisolar calendar used in the region, on the 31st of January the year 4712 will be celebrated, which will end the Chinese Year of the Snake and begin the Year of the Horse.

In Israel, they go by the Hebrew Calendar. Rosh Hashana, as New Year is known to them, falls on the 25th of September this year marking the beginning of the year 5775.

Therefore, it is necessary to be cautious during these days and be conscious of this fact, particularly in places where you’re more likely to be surrounded by people who come from multiple backgrounds and different nationalities.