Origins of the Days of the Week 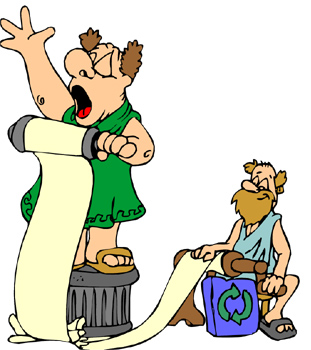 Have you ever wondered why the days of the week are named as they are? Like many words we hear today, their origins derive from a time far away, from many centuries ago. In fact, if you have ever studied or noticed, most of the Romance languages have in common very similar words as they are mostly derived from the ancient Latin language and today we will analyze some that have been in use for literally thousands of years.

Monday, if you haven’t already guessed, refers to the second day, “the moon’s day”, from the Anglo-Saxon monandaeg. In Roman it was said as dies lunae, which in Spanish is lunes, French, lundi, and Italian, lunedi.

The third day, Tuesday, according to the Romans, was named dies martis, after their Roman god of war, Mars. In French, Tuesday is known as mardi, in Spanish, martes, and in Italian, martedi. The reason it is called “Tuesday” in English is because it is named after a Norse god, “Tyr” (also known as “Tiwaz” and “Tiw”), who was an ancient god of war as well as lawgiver of the god. This god, “Tyr” was equated to Mars through the interpretatio germanica, which is a practice by the Germanic people of relating Roman gods with the names of Germanic deities.

Wednesday, is named after “Wōđanaz”, which is the reformed Proto-Germanic name of the Norse god “Odin” and the Anglo-Saxon god “Woden”. He was equated with the Roman god “Mercury”, which in Latin was dies mercurii. In Spanish, miercoles, French, mercredi, and Italian, mercoledi.

One of the most famous gods of all time, “Thor” (son of Odin), is the inspiration for the day of Thursday. In Roman, “Jove’s Day” (after Jupiter) is dies jovis which in Spanish rings a bell as it is named, jueves, in Italian giovedi, and in French, jeudi.

Friday is named as it is to commemorate the Norse goddess “Frigg”, who was the wife of Odin and the goddess of love. The Romans however, referred to their goddess Venus, who is well known as the goddess of love, sex, fertility and beauty and therefore Friday was known as dies veneris. In Spanish, viernes, Italian, venerdi, and in French vendredi.

And finally, we end with Saturday, perhaps the most fun day of all. In Roman it was called dies saturni for “Saturn’s Day”, in honor of Saturn, the God of agriculture and fertility. In Spanish, sabado, French, samedi, and Italian, sabato.