Should Acronyms Be Translated? 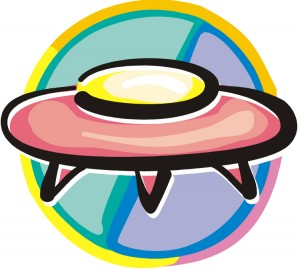 Acronyms are an important chapter in the translation world. It’s essential to know how to go about them in order to achieve consistency in the text, and assure a smooth reading of the translation. We must ask ourselves: Do we translate acronyms? And if so, how do we translate them?

Throughout this post, I will discuss some of the ways we can tackle acronym translation and also I’ll provide some examples that will make it easier to understand.

When we find an acronym that is not accompanied by an explanation or its definition, it is most likely because it is an acronym that is easily recognized by everyone, for example: UFO, UN, etc. However, other times we may find an acronym that is completely unfamiliar to us. When this happens, the first thing we must do is search for its definition within the context. If we still can’t interpret it, we can search through other channels. As so, to find acronyms in English, the site www.acronymfinder.com is very helpful, and in Spanish the site www.siglas.com.es. Once we know what the acronym stands for, the next step is to find out if there is an official translation of it. For example, UFO in English stands for Unidentified Flying Object, and corresponds to the acronym OVNI in Spanish, which stands for (Objeto Volador No Identificado). The UN (United Nations) is ONU, Spanish for Organizacion de las naciones unidas, and WHO (World Health Organizaiton is translated as OMS Spanish for Organizacion Mundial de la salud).

Nevertheless, in many cases there isn’t a translation for all acronyms found within a text. In this case, we have two options: We can translate the meaning of the acronym and explain where it comes from. As so, we provide the reader a one-time reference and the next time the same acronym comes up in the text, an explanation won’t be necessary. Another option if we don’t wish to use the acronyms in the source language is making up an acronym according to the definition in the target languages. But this, only when we are certain that an official translation does not exist. For example: ATM (Advanced Testing Method), we could translate it into Spanish as MTA, which would refer to “Metodo de testeo avanzado” or MAT “Metodo avanzado de testeo”. We can conclude that this last option is more creative, but though the translator can decide which acronym to assign, he or she cannot go without further approving it with the author of the document.

To read the original Spanish version of this article: