Spelling Reform of the Royal Academy of the Spanish Language 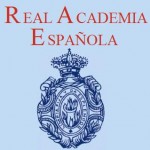 “The Greek I will be called ye.” That’s how the story about the new spelling of the Royal Academy of Spanish Language was titled in El Pais. This reform will receive final approval in late December and will be addressed, among other issues, at the next meeting of the representatives of the twenty-two Academies of the Spanish Language to be held between November 27 and December 5 at the International Book Fair in Guadalajara, Mexico.

We’ll address some of the major reforms that, according to the report in El País, will be included in this new spelling, as you can see in language and translation forums, everyone has a strong opinion.

– Ch and ll are no longer letters of the alphabet.

– It is not necessary to accent the word “solo” to differentiate its meaning (but if you put the accent where appropriate, it shall not be considered a misspelling.)

– “Guion” shall no longer have an accent (including the accent will be considered a misspelling).

– The “o” between numbers will not be necessary.

In my opinion, there are some amendments that I can agree with, the change of the Q, for example, as indeed it is a sound that is phonetically identical with  / k / only when the combination “qu” is followed by an “e” or an “i”. But, for example, I totally disagree with not accenting “solo” where it acts as an adverb, as in addition, there will be many occasions when the context does not help you resolve the issue. The phrases “Está sólo mañana” and “Está solo mañana” clearly have a different meaning and I do not understand why it is necessary to contribute to the difficulty of communication rather than help it.

I also think that some decisions seek to reconcile the Spanish of Spain with that of the other continent, for example changing “doble uve”, which has been in use in Spain for ages, to “uve doble” or having Spanish speakers outside of Spain using about “uve” instead of “ve corta” or “ve pequeña,” among other options.

Spanish is a language that is extensively rich thanks to its vast diversity of  terminology. I don’t see anything inherently wrong with some people referring to the letter “V” as “uve” and others as “ve corta”. In fact, the difference in terms used not only within countries but between surrounding cities is palpable, and no one suggests unifying terms.

Anyway, this is what the SAR has proposed and now everyone will await the new spelling and any other reforms that are applied since as translators, when working with Spanish, we have to strive for perfection and absolute respect with their standards.