The “Ibero-Americanization” of the Cervantes Institute, Heading Towards the United States 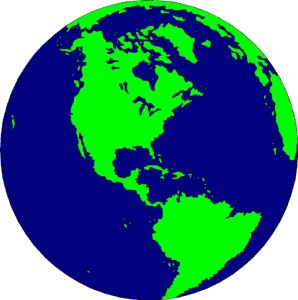 The director of the Cervantes Institute (In Spanish, Instituto Cervantes), Victor García de la Concha, announced last week that the organization is in the process of increasing collaboration with different Ibero-American cultural centers. This initiative had already been announced in previous press releases from the institution, but now is when the fruits of this collaboration will begin to be borne. It also has the goal of strengthening immersion in U.S. media, which is a key medium-term objective of the Institute.

De la Concha announced the signing of an agreement with the Mexican government for the mutual transfer of cultural centers. Mexico, the country with the greatest number of Spanish speakers, has 14 cultural centers in the United States. For this reason, the Cervantes Institute could not “try to go [to the United States] without the support of Latin Americans and, especially, of Mexico,” according to de la Concha’s statements in declarations compiled by the Madrid newspaper El País. The different Spanish language institutes are not expected to merge their budgets nor their management, at least in the short term.

The Institute has the difficult goal of expanding during a period of overall economic contraction. Its budget, in fact, was reduced by more than 3% last year, but it intends to keep open all of the centers that are currently running. These centers guarantee its presence in more than 86 cities in 43 countries, making it the largest institution dedicated to the Spanish language. For this reason, the Cervantes Institute is willing to forego certain facility conveniences in exchange for more modest locations that are nevertheless able to maintain their essential activities. In this sense, García de la Concha highlighted that “what is important is people, not stones.” That is, retaining staff is more important than real estate.

To read the Spanish version of this post, go to: