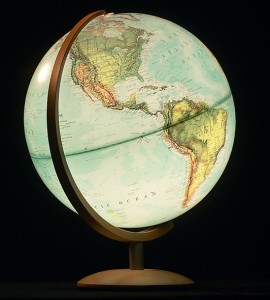 In this blog we always write directly from the trenches of translation. We have spoken about technical issues, linguistic issues, strange languages, outlandish requests, formats, delivery times – alas, of everything related to our work told from our own experience. Today, I would like to leave you with some of the things that great thinkers, writers, and theorists have written about our noble task, whose fundamental role in the history of humanity is not always acknowledged, a fact which is important to remember amongst so much “rush.”

Thus, the writer and Nobel prize-winner Isaac Bashevis Singer considers that “translation is the essence of modern civilization.” Some may ask, is it really? Because many times, one thinks that translation is little else than something auxiliary to the original, but few times do we stop to think that, without the translation, that original would be trapped in the environment of the language in which it was written, as if inside of an airtight compartment. Without translators and interpreters, the cultural interchange between different civilizations would perhaps be truncated. As the literary and cultural theorist George Steiner says, with much more poetry than yours truly:

“Without translation, we would be living in provinces bordering on silence.”

In this same line of thought, one of my favorite quotes is that of the Portuguese writer, and Nobel Prize winner, José Saramago:

Finally, I leave you with a quote more related to our day-to-day and with the very essence of our work, which is the overcoming of linguistic barriers that for many people are insurmountable, and the arduous task that we confront when we find ourselves face-to-face with that untranslatable word. When I read this quote I fall in love again with my profession; it belongs to the renown translator Mariano Antolín Rato, who has translated great authors such as Jack Kerouac, Douglas Coupland, Ezra Pound, Francis Scott Fitzgerald, Malcolm Lowry, Raymond Carver, William Faulkner, and William Burroughs. It goes:

“Translation is one of the few human activities where the impossible occurs by principle.”

How about you, do you have a favorite quote about translation?

Tweet
PrevPreviousThe “Ibero-Americanization” of the Cervantes Institute, Heading Towards the United States
NextWhat Should We Keep in Mind During a Multilingual Translation?Next