Home » Blog » About Trusted Translations » The Meanings of a Good Word

The Meanings of a Good Word 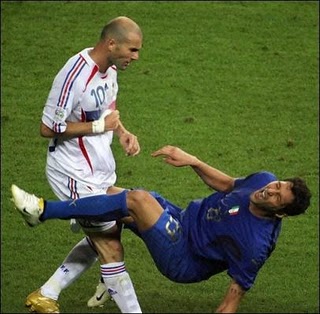 This is the ultimate football (soccer) season. Nearly everyone is talking about their team, cheering on the players and going wild with each shot, regardless of which team takes it. In certain countries where the sport is most popular, families and friends, or even strangers in a bar, gather together to share their “passion for soccer”, because “football is a feeling of the people”.

And, in the midst of all of this passion, emotions can go overboard at times and are released through insults to the other team, the players on their own team, and other fans. There are many unfortunate cases where verbal sparring crosses over into a physical altercation, resulting in injury or even death. On many occasions, the event is advertised as a clash of titans, with the clear objective of unleashing passions and generating a larger audience. Obviously, this exaggerated use of marketing should never turn into an actual physical battle.

Knowing that this amount of passion exists and that it often carries with it serious consequences, many of the coaches and officials in the sport must understand and, thus, learn different languages or request the use of a skilled translator to detect the expressions that are used as insults, since there is no such thing as “bad” words, only terms used with a meaning that is not found in most dictionaries. An insult and its punishment are therefore not the result of the use of “bad” words, but the result of an incorrect, aggressive and, in this context, unsportsmanlike ATTITUDE.

Let us use, then, the opportunity given to us by the World Cup to interact with people from other cultures and expand our vocabulary with new meanings of “good” words, since there are no “bad” words, only uses that are more colloquial or not widely accepted, in some cases, within the academic world. And let’s point out that many of these colloquial expressions are now listed in general dictionaries or have been compiled in special dictionaries of colloquial expressions, which demonstrates the worldwide need to breakdown language barriers at all levels.