Home » Blog » For Translators » The Spanish Language: Vulgarisms and Vices

The Spanish Language: Vulgarisms and Vices 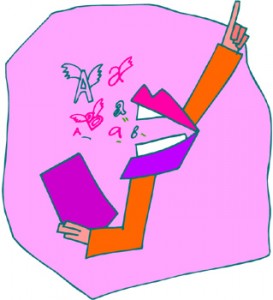 As language professionals—translators, writers, editors, literature students, etc.—we tend to feel outraged whenever we hear or see grammatical, spelling or semantic errors, which unfortunately are becoming more common and generally accepted by laypersons, including friends and family. What’s worse, this is also happening in many media outlets.

We are often shocked by the unrefined turn our language seems to be taking: where did everything we learned in school go?! We often feel the need to correct the mistakes we hear and see being perpetrated with such impunity. What follows is a sample of some common mistakes people make in Spanish.

• Use of written accent marks in monosyllable words:

These examples are considered vulgarisms as they are not the correct form of the conjugated verbs: Tú dijiste / Tú viniste.

These are just a few examples of what is increasingly being accepted by Spanish speakers. One of the reasons most strongly associated with this cultural manifestation is the use of Internet and the influence that television has on people’s speech today. Also the use of abbreviated forms and the general laxity when it comes to writing words and sentences is quite widespread and will remain so.

As a person who works with languages, I think one of the best ways to face this challenge is to immerse oneself in literature and read the authors that delight us with their excellent novels and superb semantics and grammar as they allow us to dive into all sorts of stories.