Home » Blog » For Translators » The Decline of the Mother Language?

The Decline of the Mother Language? 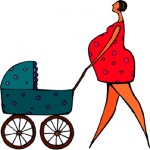 In this new entry I’d like to explore a possible change of course regarding a linguistic phenomenon as studied as it is supported. Linguistics has established, in its various branches (psycho, neuro, and socio) that children acquire the fundamentals of their main language on behalf of their family. This language was denominated, with little eloquence, as mother language. The reason behind this choice demonstrates the differentiated cultural role that women were relegated to since time immemorial. Myriad texts have delved into this issue (A Room of One’s Own by Virginia Woolf, to name just one), highlighting the total absence of equality between genders in all areas of life and the profound aversion to change on behalf of the sectors with the greatest concentration of power.

Nevertheless, recent history has made it very clear that the role of women in various social strata (political, occupational), has mutated towards a more balanced proportion – although not completely. This women’s empowerment, added to the different legislative initiatives intended to mend gender inequality, had as a consequence a new family model in which the main provider was represented by the woman and no longer by the man.

If speaking about new family models, with the passing of the Marriage Law [passed in Argentina] an enormous number of male couples have emerged with the genuine intention of forming a family, a fact which would completely shatter one of the bases of homophobic prejudice. Numerous authors with Marxist roots consider that one of the hidden motives behind the lacerating homophobia that lashed the homosexual communities of the Western world since the Middle Ages rests upon the fact that homosexuality does not allow for the reproduction of the family as a unit of consumption.

Although men (single) before could legally adopt children, they could not do it within the framework of a same-sex couple. The new Marriage Law equates the rights of heterosexual with those of homosexuals, allowing both of them to enjoy the same possibilities, among which is the right to adopt. One of the main modifications made to the previous nuptial law was to switch the terms “husband” and “wife” in favor of “spouse.”

Thus, if between the children of male fathers, plus the children of marriages in which, thanks to the victories of women for a more equal distribution of professional opportunities, the child’s main caretaker is the father and not the mother, it is possible that we are living in a time in which the concept of “mother tongue,” just as the use of the terms “husband” and “wife” in the Marriage Law, falls into disuse.

Should we perhaps begin to use the concept of “paternal tongue?”

Tweet
PrevPreviousWhat Do Gestures and Body Language Tell Us?
NextWhy Is Editing Important?Next