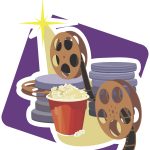 A few weeks ago we published a post in which we talked about the strange yet conscientious decisions that translators make when translating movie titles. We say that they are conscientious because, in general, these translation which may seem strange or bewildering to us may in fact have their justification (cultural, marketing, etc.), for which reason its peculiarity should be embraced, or at the very least, should be considered justified.

However, movies are more than mere titles. It is very easy to laugh at “poorly” translated titles, so much so that it is commonplace to make jokes about them and we no longer pay much attention when we see a title that does not correspond to the original one. For this reason, I would like to go a bit deeper and bring you a few examples of humorous translations that do not have the “marketing” or “cultural differences” justification, but rather are due to the fact that the translator misunderstood the original title, used an incorrect word in the translation, or was simply not paying due attention.

In one of the first Spanish versions of Star Wars, for example, apparently the translator was not given the script and had to translate directly from the audio track. So, instead of Chewbacca, the translator understood Chewing Tobacco, and without a second’s doubt, re-baptized the beloved character as Chewing Tobacco (Mascatabaco in Spanish). In the translator’s defense, I must say that it is not hard to imagine the burly and hairy Chewbacca chewing tobacco like some seasoned baseball pro.

Another example from the same saga occurred in the Norwegian versions of the movie. In it, the most famous weapon is the Jedis’ weapon of choice: the light saber. Now, since light in English can mean either light in the noun or adjective form (e.g., an object being light in weight), the translator decided on the latter meaning, translating it as a light [-weight] saber in Norwegian.

Switching up the saga while keeping ourselves geographically close to Norway (and coming back to the titles), we have the example of a poor Swedish translator who apparently never read a comic book in his life, but did run many marathons and decided to translate the title of the movie Iron Man as The Extreme Athlete (because of the extreme Iron Man marathons).

Finally, we have a translator – once again, a Swede – who is apparently very, very into modern online life. When he was given the task of translating the movie script from the Lord of the Rings, a movie full of battles waged with weapons similar to those used in the Middle Ages, he decided that chainmail (a coat of mail, famously used by hard Medieval warriors) should be translated as mail in chain, as in an e-mail.

So, the next time that you go to the movies or rent a DVD, pay attention to the subtitles, which many times can be the best – or at least the funniest – part of the movie.