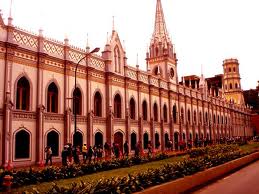 The academies have a Board or Steering Committee, the composition varies from one school to another. The academic staff is usually organized into working committees: lexicography, grammar, translation, etc. The plenary meetings, with the collection of all academies, have the final word on the academic decisions.

In this context, the Venezuelan Academy of Language was founded in Caracas in 1883. Today it shares with four other national academies its headquarters in the convent of San Francisco, a 17th century building. To make it the headquarters of the academies, the building underwent a series of improvements to its structure and decor.

Among the most prominent writers who have been part of this prestigious institution is Arturo Uslar Pietri, who was a lawyer, journalist, writer, television producer and politician. Among the most notable awards that this brilliant man received in his lifetime was the Prince of Asturias Prize for Literature in Spain in 1990, and in that same year he received the Grand Cross of the Legion of Honor in France.

Other notable members of this academy are María Josefina Tejera, author of the Dictionary of Venezuela, Director of the Institute of Philology of the Faculty of Humanities at the Universidad Central de Venezuela.

This academy sponsored the Sixth Congress of the Association from November 20 to 29, 1972, in Caracas. 53 representatives from all the academies took part, as well as 18 staff members of the Venezuelan Academy of Language and 2 special guests from the United States.

The Congress adopted 81 resolutions of the six committees and had five plenary sessions.