What Are Some of the Most Translated Works of All Time? 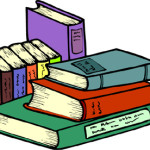 Reading a book from one of my favorite authors, Milan Kundera, the other day, I noted that unlike most of his other books, this one was originally written in French. Born in Czechoslovakia, some of his books are in Czech, while others are in French (he moved to France in the 1970’s). I thought this was quite interesting as some books of his that I own are both in Spanish and in English. This got me to thinking about just how rich and diverse the literary world is. Some of the greatest novels of all time were originally written in different languages, and have been translated for the benefit of those interested in expanding their minds. And in fact, some of the most translated books were mostly targeted to children. And so, what are the most famous and well-known translated works in history?

The following list is in no particular order; however, one book does hold the number one spot. Can you guess which one it is?

So there you have it, a list of some of the most translated books of all time! Are any of your favorite books originally in another language?