Home » Blog » For Translation Buyers » Which Chinese language should I translate to?

Which Chinese language should I translate to?

A lot of the time, when someone sends something to be translated into Chinese, they are unaware of the wide variety of dialects that are used as much on the mainland as on the islands … or if they are aware, they don’t know which one they need.

Usually, when speaking of “Chinese” in a broad sense, it refers to Mandarin (Putonghua), which is the official language. However, there is a large variety of languages closely related to the official language, and spoken by millions of people.
Approximately 1.2 billion people speak Chinese, in any form. Mandarin Chinese focuses on just 885 million of those speakers …

Here, in order of greatest presence, are the variants of Chinese together with the areas where they are spoken the most: 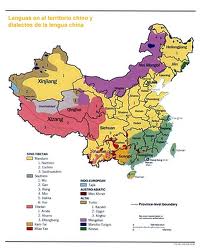 Now, as far as writing is concerned, written Chinese is defined by its use of sinograms, which are not an alphabet but a logographic system, in which each character represents a concept. There are  simplified Chinese characters used in almost all of China, Singapore and Malaysia and traditional Chinese characters used in Taiwan, Hong Kong and Macau. This is no insignificant matter, because if someone needs a translation for Taipei they must translate their material into Traditional Chinese. Just as if someone needs to send a translation to Beijing it must be done in Simplified Chinese.

Here is a quick overview:

Chinese calligraphy is not merely a system of writing. Quite the contrary, it is considered an art – very complex and refined. From a very early age, all Chinese speakers are taught that calligraphy is not just another school subject but a very exquisite form of expression.

For any doubts about which variety of Chinese is the most appropriate for your target audience, see “Translation Services“.

Tweet
PrevPreviousApril Fool’s Day… How it translates into other cultures
NextWhat is GALA?Next