April Fool’s Day… How it translates into other cultures 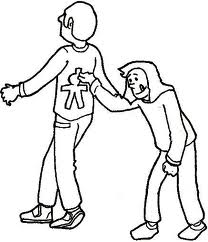 The current festivities differ greatly from the Bible story that bore the legend – the date marks the death of all children under two years old born in Bethlehem of Judea, their killing ordered by King Herod to get rid of the newborn Jesus of Nazareth.

A dilemma could arise if we are translating something, for example, from Spanish to English, where we would have to put the date … What date would we put? That of the source language or the target language?

Generally, whether it is on one date or the other, the type of celebration is similar, since the way of celebrating is to make all kinds of jokes. The media often distorts its content so that the information looks real. It is customary for newspapers to publish funny news pages, which may vary from the comically obvious to serious fake news.

In New Zealand, the United Kingdom, Australia and South Africa, the jokes only last until midday, and anyone who forgets and makes a joke after midday receives the nickname “April Fool.”

In other countries, jokes run throughout the day, for example in France, Ireland, Italy, South Korea, Japan, Russia, Netherlands, Germany, Canada and the United States.

For Spanish speaking countries, the day is called “El Día de los Santos Inocentes” and is celebrated on December 28.

In Spain you can have a coffee and be surprised by its extremely salty taste… because the sugar bowl was filled with salt. Or someone may change the time on all the clocks in the house, and so you might get up two hours later or earlier than you think!

In Mexico, this date has also become a festive tradition. You must remember not to give anything borrowed: money, jewelry, books… because the joke is that the person who falls for the joke, loses the item to the person who made the joke.

In Peru it has a pagan meaning. One of the most popular jokes is “mazas”, that are usually paper dolls that are pinned to someone’s back so that they are the target of mockery. It is also customary for the media to publish false and implausible news that the readers have to discover. The next day, the media reveals which of the news was wrong.

As we have seen in previous articles, many times the cultural factor outweighs the purely linguistic. It is not enough to know a language to be able to interpret it and transmit it effectively. Translating and interpreting from one language to another involves an even greater knowledge – a capacity for communication that surpasses words and cultural barriers.

Tweet
PrevPreviousHow to stand out from the crowd
NextWhich Chinese language should I translate to?Next