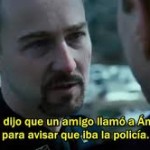 Audiovisual translation (AVT) is developing the translation activity in a context characterized by the interaction of text (whether oral or written) with sound and image.

Within this type of translation, the two most popular areas are the dubbing and subtitling, where the use of one or the other depends on the different markets. For example, in Spain, almost all video, film, series, documentary and foreign AV documents are usually dubbed into Spanish. In certain areas even, cinemas offer virtually no films in the original version with subtitles, with the only option available being the dubbed version.

But what are the differences and advantages and disadvantages of one or another format?
Both have their pros and cons from the point of view of the translator as the target audience.

From the perspective of the translator, dubbing allows the continuity of the film, playing dialectal elements, reflects use of puns and irony or sarcasm, but shows the difficulty of having to coordinate the words in the target language with the movement of the actors’  lips. The “difference-making” touch is also because maybe you’re watching a film set in China, played by Chinese who are, nevertheless, “communicating” in Spanish.

The advantage for viewers is that they do not have to concentrate more on the film and have to divide their attention between watching the movie and the letters that appear below in the case of subtitling.

Moreover, the translator who is dedicated to subtitling has a number of limitations, since it is always necessary to translate what a character says in a few words and in a limited time, because the viewer has to have enough time to read the message before moving to the next; the drag for the viewer is constantly paying attention to the text rather than the image, so important non-textual messages of the visual document in question can be “lost”.

That is why, in this context, it is especially important to use qualified and specialized professionals in the audiovisual field used to dealing with these problems who can ensure that the transmission of the message is as faithful to the original as possible.

Tweet
PrevPreviousInterpreters at the G-20 Meeting in Seoul
NextWhat is GlobalSight?Next