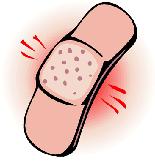 There are a lot of product brands that impose themselves so heavily on the market that they end up really owning their product name. It is a very interesting phenomenon, as is knowing what to do when you have to translate them.

Why does this happen? The reasons are many; sometimes the brand is so important that it transcends the product itself, or sometimes its advertising is so good that everybody remembers the brand more than they remember the product, and other times it’s a brand that has taken over the market for that product.

When it comes to translating words of this nature it is necessary to be very careful and pay attention to the cultural usage of the target language. Sometimes, just to be sure, it’s convenient to translate the product and leave the brand aside, as this way we ensure that the audience understands what it’s about.

It’s very interesting to know which brands have really taken ownership of their product names in different cultures and at the same time it is very important to bear it in mind when it comes to localization thereof.

To see the original post in Spanish, go to: