Chinese: The Most Widely Spoken Language in the World 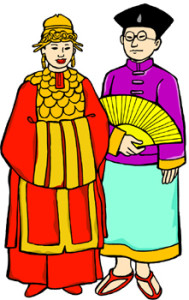 English has been the dominant global language for a century, and it is still recognized and studied in the majority of the countries worldwide; nevertheless, the most popular language is Chinese. The vast number of native speakers combined with those who use it as a second language, brings it to top the list as the most spoken language in the world. There are two systems used in daily life, spoken language and written language.

Very often, we receive requests for Chinese speaking interpreters from some of the world’s most well-known companies. The most important aspect to take into account is the dialect that is required when requesting a quote for Chinese interpretation services. To that end, keep in mind that the dominant dialects are Mandarin and Cantonese. Mandarin is the standard and official spoken language for mainland China. Cantonese is a spoken language in certain areas of China (Guangdong province) and also in Hong Kong and Macao.

Cantonese is a quite conservative Chinese dialect, closer to old forms of the language than other dialects. Cantonese has nine tones, six of regular length and three for the short syllables. Mandarin is very different from the dialects of the south, such as Cantonese, to the point that many linguists prefer to consider Mandarin and the dialects of the south as different languages (Mandarin has 4 tones and a neutral tone that one doesn’t write).

In addition, to the requests for interpreters we have a constant flow of requests for Chinese translation services. The Cantonese dialect is usually written in Traditional Chinese 粤語. On the other hand, Mandarin is generally written in Simplified Chinese 粵语.

In the old days, every one used Traditional Chinese, but starting in the 1930s, the Chinese government issued the new Simplified Chinese characters to make the language easier to learn in the hope of increasing Chinese people’s educational level; it was simplified by reducing the number of pen-strokes in many characters.

Do not hesitate to contact us to request a free quote for Simplified or Traditional Chinese or for a Chinese-speaking interpreter.