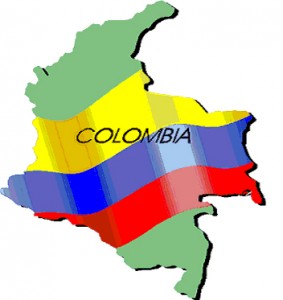 Colombia is a country as big as the variety of its dialects, which have differences in semantics, syntax, morphology and intonation. The northern dialects share similarities with other Caribbean countries (https://www.spanish-translator-services.com/espanol/articulos/espanol-latinoamericano.htm), while those of the southern Andes have similarities with those of the Ecuadorian and Peruvian mountain regions. The origins of the dialects can be found initially in the Amerindian (Quechua and Muisquismos) and African languages. Later they soaked up French and British English influences, and more recently there has been a predominance of words of North American origin.

José Joaquín Montes Giraldo, the renowned Colombian linguist and researcher in the field of dialectology, suggests classifying Colombian dialects by two major areas: the coastal-island super dialect (which includes the Caribbean coast and the Pacific coast) and the continental-interior super dialect. For its part, the Caribbean comprises the Guajiro, Cartagena, Samarium and Caribbean interior sub-dialects. Within the pacific coast group are the northern and meridian variations. This classification is based specifically on the following distinction: while the Caribbean coast is characterized by the use of “tú”, the Pacific coast alternates between the use of “tú” and “vos”.

Some characteristics of Colombian Spanish:

• Use of the second person plural pronoun: As in other Spanish speaking countries, the “vosotros” pronoun is considered archaic, for this reason “tú” is used I informal conversations and “usted” in formal situations. However, in Bogotá, it is the exact opposite: the use of “tú” is quite uncommon, and the pronoun “usted” is prevalent, including in conversations with membersof one’s own family. Even thoughthe use of “vos” is not as common as in other countries such as Argentina, it is used in some regions.

• Use and abuse of diminutives: perhaps the most striking thing is not diminutive suffixes used as nouns – common in many other Spanish variations such as in Cuba – but rather the use of adjectives, prepositions, and even gerunds. They can all be abbreviated and close together: “Iba caminandito ahorita cuando los vi abrazaditos, y me puse celosito“.

• Colloquial expressions: Although initially these words were heard more in big city neighborhoods, now they are generally understood by everyone. Some examples are:

In Colombia, it is not just the coffee that is unique and exquisite, but also the Spanish…