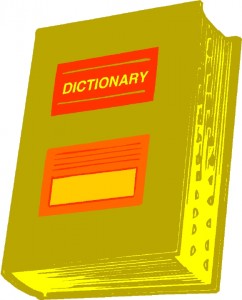 In a recent post we wrote about the longest words in world, and commented on the particular power of synthesis and specificity that the German language has which allows it to construct compound words of undetermined length. Now, not only does German have a very particular power of specificity, but rather practically all languages have words that express very specific ideas that in other languages would require a more extensive formulation.

For example, in Inuit, the language of Eskimos, there is the word iktusuarpok, which refers to the habit of repeatedly going in and out of the house in order to check if the visitor that one was expecting has arrived. Although I’m not accustomed to doing that since I live in a 7th floor apartment, when I wait for the bus, I am surprised to find myself stepping repeatedly from the sidewalk to the street to check if it’s coming. I don’t think I’ll lose that habit, but now I know that there is a language that has a word to describe it!

In Georgia (the country, not the US state), there is the word shemomedjamo, which literally translates to “I ate everything by accident,” and makes reference to when one simply can’t stop eating because of how delicious the food is. So next time you find that you can’t stop eating a scrumptious dinner, remember that there’s at least one nation that understands you to such an extent that it’s created a word for that.

Continuing on the subject of food, in Ghana they have a word to describe the unpleasant moment in which one bites into a portion that was hotter than expected and moves it around from side to side in their mouth so that it cools down and they don’t end up with a mouth full of blisters. They call this action pelinti.

Finally, one of my favorites, also related to food, comes from the German language. It’s  the word Kummerspeck (from Kummer = worry and Speck = fat), which refers to the weight that one puts on from eating too much when sad or anxious.

That’s all for this presentation of curious words. Which ones do you know?