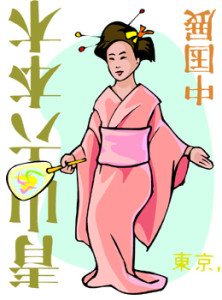 It is easier for a person who speaks a Latin-derived language to learn to speak another language that shares the same Latin roots since they will both use the same alphabet and similar sounds. However, attempting to learn a language that has a completely different set of letters or characters and sounds from your own can be very difficult.

Why is Arabic so difficult? Because it has very few words resembling those from other languages. It also has fewer vowels, which could be very challenging for those who want to learn this language. The country with the largest number of Arabic speakers is Egypt.

The hardest thing about learning Japanese is memorizing the hundreds of characters that make up this language. Also, the Japanese have three different writing systems as well as two syllabic systems.

Chinese is a tonal language. This means that the meaning of a word can change completely if you change your intonation. Like Japanese, it also has a complex writing system and hundreds of characters.

The syntax of this language is completely different from that of English, Spanish or French, for instance. The Korean verb conjugations are very difficult to learn, and it also presents plenty of difficulties when it comes to writing it.