How the Emergence of the Internet Has Influenced Business

The Internet’s infrastructure spread throughout the world and thus facilitated mass information access as well as translation, which in turn altered the economy and all of the markets. The arrival of the internet has completely revolutionized our lives: our personal lives just as much as our professional lives, which is due to the fact that all the market sectors have incorporated this technology into their processes. In the words of Marshall McLuhan (1911-1980), “the means of communication are so penetrating in terms of their personal, political, economic, social and aesthetic consequences that they don’t allow for one bit of the our person to remain intact, unaltered, and unmodified.” 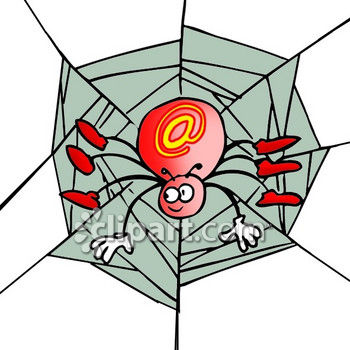 Let us have a look at just how this communication system emerged and spread so rapidly.

Towards the end of the 1950s, the idea of a network of computers designed to allow its users to communicate came about. For example, in the RAND project, the researcher Herbert Simon (Pennsylvania) collaborated with other researchers across the continent (in California) on an artificial intelligence project.

In 1960, J.C.R. Licklider understood the need for a world-wide computer network. In fact, he was able to connect four computers. In October 1962, Licklider was appointed Head of Information processing for the Defense Advanced Research Projects Agency (DARPA), a United States Department of Defense Agency, with the goal of designing a computer network capable of transmitting text, audio and video, without depending on only one terminal. The mission was to prevent the possibility of  the Soviet Union interrupting the defense expert’s communications. Donald Davies (National Physical Laboratories), Paul Baran (Rand Corporation) y Leonard Kleinrock (MIT) are considered to have simultaneously invented the commutation of parcels (which allowed messages in parcels to be broken down with the destination’s address recorded inside). In 1965, the use of email emerged as an application used by central time-sharing computers for multiple users to communicate. In 1969, the network ARPANET was created, financed and propelled by DARPA.

In 1972, the DARPA personnel created a series of computer protocol known as TCP/IP (Transmission Control Protocol/Internet Protocol) which allowed for communication between networks. In 1973, Vint Cerf and Robert Kahn defined the Internet, when they proposed to interconnect the isolated networks that started to appear through a common language: Internet Protocol (IP) and the transmission control protocol (TCP). In 1979, Steve Daniels and Tom Truscott developed the News software to distribute news via email. This quickly evolved into the emergence of discussion groups that communicated through email lists.

In 1980, it was established that the Internet is a system which cannot be possessed or controlled by one sole person, group or company. The number of connected computers is always increasing: by the end of this decade the number of connected computers will have reached 100,000.  At the beginning of the decade, the National Science Foundation (NSF) financed universities so that they would connect to the network. In 1989, Tim Berners-Lee created the World Wide Web (the web), a system capable of connecting web pages through an enormous world-wide web which combines the data recovery system with hypertext.

From 1990 onwards, users from all over the world joined the network, which led to exponential growth. In 1994, the first search-engine for providing full-text searches appeared: WebCrawler. In 1995, the search-engines Yahoo! and AltaVista appeared. In 1996, the amount of computers connected to the Internet reached 10 million. The freedom that reigns on the Internet has allowed for the circulation of diverse messages and images, which is why in 1996, a law was promulgated on the decency of communications (Communications Decency Act) in order to regulate pornographic material on the Internet. In 1997, Google came into the picture, the Google search-engine outdid the most popular competitor at that time; AltaVista.

Ultimately, what began as an exclusive club for scientists in 1950, eventually became a network of 100 million users in 180 countries by 1990. The internet includes 2,000 libraries and 10,000 discussion forums covering a wide variety of topics and it is, by definition cooperative as well as anarchic. The internet has become such an essential place that no person, freelance translator or company can avoid being part of it (including translation agencies, which will be the topic of our next article). As far as its regulation is concerned, experts propose legislation based on international law.