Home » Blog » For Translators » Formal Language and Comprehension in Translation

Formal Language and Comprehension in Translation 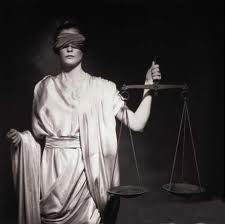 Our daily dilemma in translating legal documents is ensuring that the precise legal language is easily understood by the reader.

Legal phrasing leaves very few choices of terminology, because they have a single name.

What happens is that each country is sovereign and therefore in a translation project there are different legal systems involved, so that legal concepts have a different name.

An easy example here is the form of company “Incorporated” or “Inc.” we see next to the name of companies.

This figure is so popular that is understood by people from other legal systems, which, in the Spanish-speaking world can probably only be registered as “S.A.” in their country of residence and not “incorporated companies.”

In this case, “Incorporated” or “Inc.” is not translated and that is how the dilemma is resolved.

Other cases are more complex, of course; those that require a translation that reflects the idea of the original text and, furthermore, that this translation fits the legal system of the target audience. Often the translation will briefly explain what the idea being conveyed is.

For example, “step parents”, a word that in English is short and clear, is difficult to convey in so directly to the Spanish, which involves delving into the details of Latin American Spanish, Spanish of Spain, Puerto Rican Spanish, Neutral Spanish, etc. , as mentioned in this article.

The best translation into Spanish “step parent” would be “cónyuge del padre/madre biológico” (“spouse of a biological parent”).

What other possible translations might you suggest? What other expressions that are difficult to translate occur?