Home » Blog » For Translators » How Movie Titles Are Chosen

How Movie Titles Are Chosen 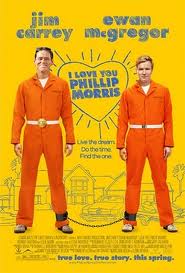 A good title can lead us to read an article, buy a book, watch a movie, etc. In the same way, a poor title can discourage us from doing any of these activities.
That is why a title deserves a lot of attention. So why are the titles of some movies still so unappealing? And many times, they are even misleading to the plot of the film itself being promoted.

Here are some examples:

* I LOVE YOU, PHILLIP MORRIS

In Spanish it has been translated as “Una pareja despareja” (An Uneven Couple). It tells the story of a homosexual relationship, in which Steven Russell (Jim Carrey) loudly declares his love for the Philip Morris of the original title. Thus, “An odd couple” seems to be a title that does not do justice to history. In addition to sound pretty appellant. How to choose the titles of movies

In French, this delightful 1990 comedy about a boy mistakenly left behind as his family goes on vacation for Christmas was known as “Maman, j’ai raté l’avion” (Mom, I Missed the Plane). It misleads viewers into thinking that an adult child suffered mishaps and was unable to catch a plane that would lead him to his mother…which is entirely different than the plot of the movie. And, yes, the sequel is “Maman, j’ai encore raté l’avion” (Mom, I Missed the Plane Again)…which is even worse, since Macaulay Culkin’s character actually takes the wrong plane…

The film tells of a girl not looking for a boyfriend, as translated (“Se busca novio” – Seeking Boyfriend), but quite the opposite. She does know which boy she wants. And Sam’s conflicts begin when her family forgets her birthday. In the end, that same boy gave him a cake with 16 candles, serving as the basis for the original title.

Could it be that it is not possible to be faithful to the film and appealing to the public at the same time? In any case, translations, far from responding to the original title, are also not the result of an inspired mind thinking of marketing….