The Origin of the Carnival Holiday 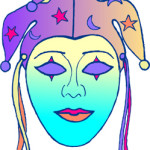 Although many people usually associate the holiday of Carnival as something celebrated in Brazil, many would be surprised to know that it is in fact, a worldwide celebration. Usually occurring in February, the festivities for this holiday happen right before Lent.

The many themes surrounding this holiday include masks, parades, fireworks, dancing, and of course, celebrating in the streets with brightly colored clothes and music impossible not to dance to. Celebrated in countries where there is a strong Catholic background, those of other religions can not help me moved by the joyous festivites surrounded by Carnival. The origin of Carnival, as mentioned before, appears to have been born from the practices of Lent, where people refrained from parties and the consumption of certain foods rich in meat, sugar, and dairy. Because these foods where not to be eaten during the forty days of Lent, participants usually formed massive parties where these foods were enjoyed before being shelved or thrown away.

The name “carnival” appears to come from the Italian word for meat “carne”, which would explain its Christian origin. In Italian “carne levare” means “to remove meat”, while in Latin “carne vale” means “farewell to meat”. Both terms reflect similar meanings. As the Italian Carnivals became ever so festive, their popularity stemmed to the surrounding countries of France, Spain, and Portugal, other countries with a strong Catholic influence. Afterwards, as these countries began exploring the Americas, they took with them their much beloved traditions.

How is Carnival celebrated in your country? Do you partake in the festivities?