The Difficult Task of Subtitling 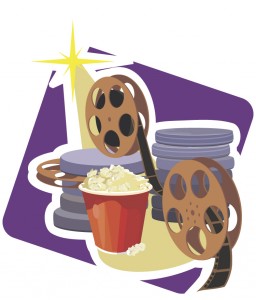 How many time have we criticized the subtitles during a movie or while watching our favorite TV show? How often have you called out mistakes in the translation? This has probably happened to us pretty often. However, we should look into the difficulties and the limitations when translating subtitles so that we can understand why we may sometimes disagree with them.

One of the most significant limitations that radically influences the translator during the completion of his/her task is the amount of characters allowed per subtitling line. Therefore, for instance when the video is in English and the translation is into Spanish, a language that often requires more words to express the same idea, the translator must adapt the translation to make it fit to one line. Consequently, the literal meaning may be modified.

Another limitation can be time. People require much less time to listen to a message, than to read it. This implies that the translation must be concise so that the audience has enough time to read everything. Additionally, the subtitles must be synchronized with the audio, and appear on the screen for a determined amount of time. This also compels the translator into reducing the text to the minimum amount of words possible, which in turn causes the translation to lose the nature and precision of the original text.

It’s also important to emphasize the cultural differences amongst the source language and the target languages into which it’s being translated. Though, nowadays, it is very common for a movie to be translated into various languages and dialects, sometimes this is not the case. Therefore, while still using Spanish as an example, the translator also has to deal with using a “neutral” Spanish so that it is understood in all the Spanish speaking countries. The cultural differences from one country to another are significant and the translator must transmit the message by neutralizing each word so that it is understandable for all, in addition to conveying the effect desired by the author.

It is due to all these different reasons, that the translation of subtitles is an area that requires specialization, as with many other fields within translation. Above all, it requires much creativity to be able to translate the message coherently and at the same time shortening the amount of words to the maximum, and always maintaining the audience’s attention. Perhaps, next time we watch a subtitled film, this information will make us think twice before pointing out missing words, or how unnatural it reads.

To read the original version of this article in Spanish: