Home » Blog » For Translation Buyers » What Are the Differences Between Translation and Transcreation?

What Are the Differences Between Translation and Transcreation? 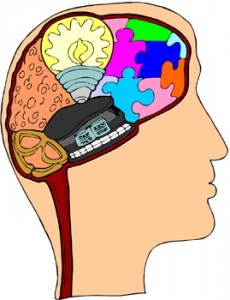 “Transcreation” refers to the process of taking a message created in one language and transporting it to another language. This word is not a synonym for translation; so, what is the difference?

Transcreation is the transformation of a global message including not only written content, but also visual designs and images. It also takes into account the cultural context of a written communication, such as in an advertisement, brochure, or website. The transcreation process requires us to look at the message as a whole, later adapting it to the audience it is directed towards while maintaining design elements in their place so that the messages are consistent, especially when dealing with international markets.

Why is it so important?

Transcreation is a relatively new term coined by the advertisement, entertainment, and language industries. The origin of the term has to do with the fact that it particularly refers to the translation as marketing material. Marketing material is the only type of translation that has elements unique to one culture. These elements include ideas, plays on words, cultural references, design preferences, images, drawings, and colors and their connotations. There are many subtle differences and much creativity that go hand-in-hand with marketing products and, just as its name indicates, the transcreation process highlights the adaptation of all these elements in order to create a meaningful message for a particular audience: trans + creation = creation “through” or “beyond” creation.

During the transcreation process, those in charge of doing this work can opt to reconstruct the way in which the information is presented in order to make the inherent message of the marketing is more relevant to the public it is directed to. The original content of the source language is used as a base for the transcreated version in another language. It is similar to asking someone to write something again in their own words.

One of the most widely known examples of transcreation is the Spiderman comic in India, in which the American boy in the original is recreated into a young Indian boy named Pavitr Pabhakar (a play on words based on the name Peter Parker).  All elements of the original narration were also recreated and replaced to give it an Indian context; even Spiderman’s suit was altered in order to adjust it to the cultural tastes and norms of India.

If you are trying to diminish the distance between the connections between different countries and cultures in order to gain a worldwide audience, then transcreation may be a good option for your business.