What Is Language Preservation and Why Is It Important?

Communication through language is one of our most fundamental needs as human beings. As social creatures, we crave the connection that language provides, but what connects us also separates us.

Thousands of different languages keep groups of humans from communicating and cooperating. As the world becomes more interconnected, more and more we rely heavily on a few common languages.

While this works well for international cooperation, it leaves many world languages vulnerable to extinction. 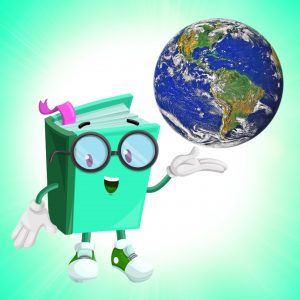 Languages are endangered by a variety of circumstances, but when there are no more living native speakers who use it to communicate, a language is considered dead or extinct.

Languages are lost both quickly and slowly. Political upheaval and natural disasters can abruptly extinguish a language spoken by a relatively small group of people. More commonly, though, a language ceases to be the primary tongue slowly. When all speakers are bilingual and use their original language only among themselves, the language slowly dies.

Language preservation is the active attempt to keep languages from extinction.

Why Is Language Preservation Important?

Language and culture are woven together. Language reflects what is important to those who speak it. In turn, languages adapt as societies grow and change. When languages are lost, culture is lost with them.

Historically, culture has often been passed down through oral traditions; stories and lessons passed from generation to generation without much writing. This remains the case for many of the world’s endangered languages.

When a language dies, the culture it represents may be irretrievably lost.

How Can We Preserve Languages?

The first part of language preservation is language protection. It involves the recognition that a language is in danger of being lost and the creation of conditions under which it can be spoken and taught.

If there are enough remaining speakers of a language, efforts can be made to keep passing it from generation to generation.

Another aspect of language preservation involves video and audio recordings and written documentation. These serve as historical documentation not only of the language but also of the cultural traditions of its native speakers.

Who Is Preserving Languages? 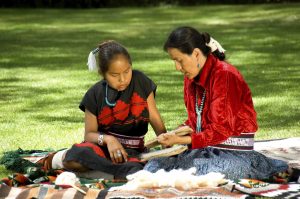 The U.S. Administration for Native Americans is committed to teaching young people their native languages to keep them alive and vibrant. Their goals are to preserve the languages and help young people connect with their heritage.

The National Endowment for the Humanities (NEH) joined forces with the National Science Foundation (NSF) for a language preservation approach based on documentation.

They support projects dedicated to recordings, databases and other documents related to endangered languages.  This type of project is particularly important for the large number of languages that do not have a written form.

UNESCO estimates that of the 6000 languages spoken in the world today, 2,500 or more are endangered. Language preservation not only prevents language extinction but also preserves world cultures.