When Time Is Money 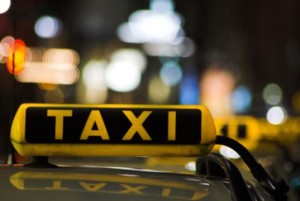 When a person or company needs a translation, they often believe that the most cost-effective and simple way is to do it themselves. Someone knows someone who speaks the language the document is going to be translated to … what can be easier and cheaper?

Before answering that question, let me tell you what happened to a woman named Marta, who owned a small business. Marta had a 20-page document with text and graphics to translate from Spanish into English and Portuguese. She decided to use a friend who “was good in English” and a person she met in Brazil and then send the translations to her usual designer to recreate the original format.

Well, that’s how it seemed…until Marta ran into a number of problems (major and minor) which made her consider what she had gotten herself into. First, the translators were told what they had to do, were given a delivery date, and represented that it would not know any of them so far. But both told her the following week that they were having several problems: one had their PC break down and not only had lost his job but the original file and needed it back; the other had been sick, and needed two days more to complete the job.

When Marta finally had the translations in her hands (one week after the expected date), she realized that they were not as good as expected. The English version, especially, sounded decidedly wrong. It was not understandable, there were obvious errors and, for many things, she could find a better way to say them. It took another two days – two days in which she could not focus on the rest of his work – to review, correct and check the consistency of certain terms that seemed key. Then she sent the original and the translations to her designer.

That same night, in the midst of a family dinner, she received a call from the designer saying that there was a lot of untranslated text. The next morning, very early, she took a taxi and went to the studio where she discovered, embarrassed, graphs and tables that were not translated and that all references had been misplaced. Marta stayed all day in the designer’s studio, working closely with him to ensure that the translated documents would be ready for presentation the next day. Fortunately, the threat of storm and subsequent power outage faded as the day went on.

The end result? Some “acceptable” documents, which could have been perfect while using much less energy. This is how she learned Murphy’s Law – “Anything that can go wrong will”. It is very important to consider all possibilities, especially when the human factor is so important. For example:

* Friends are not necessarily the best translators. Assistants aren’t either at times, as in this case the famous Welsh sign.
* With rare exceptions, only native speakers can make a text look original and not “translated”, avoiding any kind of noise in communication.
* Unless you have a sound knowledge of the target language of translation, it is necessary that another person perform quality control.
* A team of translators, editors and designers – coordinated by one person, a project manager, with the help of technological resources – can better handle contingencies than one individual.

Although obvious, the time spent on the entire process IS money. Taxis, phone calls, days lost from work, babysitting, stress and lost sleep … all that can be measured in economic terms and compared to the costs of paying for a translation with an agency.

The worst thing is perhaps that the end result is not optimal. So the answer to the original question is that a professional translation agency can be the most simple and, ultimately, the most cost-effective.